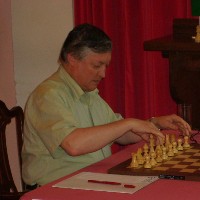 Former world chess champion Anatoly Karpov has for many years been engaged in the creation of people’s car “Mishka”, which should cost less than 200 thousand rubles, and considers this to be his most ambitious project.

Karpov, the founder of the company OAO “Mishka-Tula-Moscow”, said in an interview with “Delovoi Peterburg” that the people’s car “can already go into mass production.”

Karpov also highlighted that the company isn’t asking for state subsidies, as is common in the automotive industry, but they still have to provide enough working capital to start.

12 such cars were already produced and are currently in use. “We have a director who is driving this car for a long time, and he already passed around 40,000 km.” – Karpov added.

Karpov emphasized that Mishka would be twice cheaper than e-mobile, Russia’s first budget hybrid car. The pre-order for e-mobile started on 16th May and there are already 51,188 initial bids for the purchase.