about his summer tournament circuit

Earlier this year, the 20-years old Indian Grandmaster G N Gopal was facing a one year ban by the All India Chess Federation. A number of organizations and players, including the reigning World Champion Viswanathan Anand, raised their voices in Gopal’s defence. Finally, at the beginning of July, the AICF decided not to pursue its initial intention to ban the Grandmaster.

After receiving the good news, G N Gopal proceeded to participate in a series of tournaments around the Europe. With the first break from playing obligations, G N Gopal provides brief personal account on everything that was happening with his career in recent months: 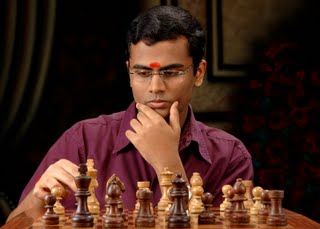 “I am very happy at the decision taken in the annual general body
meeting of the All India Chess Federation. The restriction imposed on
me is lifted. I am very much thankful to the entire chess fraternity
for the sympathy and goodwill shown to me. I am also grateful to all
and to World Champion Viswanathan Anand in particular for the concern
he had towards me.

Recently I played four tournaments in a row. That is from July up to
the second week of August. The tournaments were Benasque Open, Balaguer
Open, University Twente young masters tournament at Enschede and the
Zurich Jubilee Open.

In Benasque I scored 9/11 and was placed fourth. All the top 4
finishers, namely GM Mihail Marin, GM Kiril Georgiev, GM Zaven Andriasian and
myself, scored 9 points each.

In Balaguer Open my score was 7/10 and I was placed fifth. In University Twente Young Masters I scored 7/9 and was placed third. The top finishers were GM Sergei Zhigalko, IM Wojciech Moranda and myself.

In Zurich Jubilee Open I scored 6.5/9 and was placed 13th. I also
received third prize in junior section.”