The football, as we know it nowadays, was invented in England, in 1848. However, its mastery hasn’t taken too long to spread all over the world and, nowadays, there are good players either in Europe or in the other continents, especially in South America.

With chess, though, the situation was not alike: invented in the East, the history of this fascinating sport of the boards shows a dominance of European and Asian countries, especially in the Era of the geniuses from USSR, from Alexander Alekhine to Boris Spassky.

Remarkable names of chess from the Western side are just a few, compared to the others. Between them, we could mention Paul Morphy (USA), José Raul Capablanca (CUB) and Bobby Fischer (USA). There is also a name which, curiously, comes from a country where the main sport is football: Henrique Costa Mecking (born 23rd January 1952), the Brazilian genius better known as Mequinho.

This week Henrique Mecking was interviewed for the Rádio Xadrez’s podcast – a Brazilian blog with interviews, among them one with WGM Natalia Pogonina – and told a little bit about his career and his future plans. 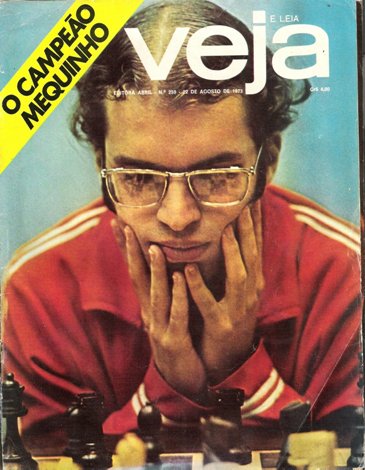 Pelé of the chessboards

South-American, the first youngest International Master in history (at 15, in 1967) and a strong player in the 1970′s, Mecking has never been a world champion, but has had such a good performance that he occupied the third place in FIDE world rankings – only behind the world champion and the vice world champion at the time, Anatoly Karpov and Viktor Korchnoi, respectively.

He was so popular that, in his country, he was compared to Pelé (in soccer) and Emerson Fittipaldi (in the F1). Also, he had his face on the covers of many magazines and newspapers, like Veja magazine, one of the most popular in Brazil. His reputation was such that his name turned into song lyrics, composed by the rock singer Raul Seixas and the writer Paulo Coelho. He even had the governor’s support at the time, who always met him after his triumphs in the tournaments.

His matches against Soviet players excited the world so much, that even after 30 years have passed, on an opportunity to meet him in Netherlands 2009, players of the caliber of Vassily Ivanchuk (UKR), Levon Aronian (ARM) and David Navara (CZE) commented on his famous matches against Korchnoi (Augusta 1974) and Polugaevsky (Luzern 1977). “I grew up studying his games”, Ivanchuk said at that time.

When Mecking was at his peak, Bobby Fischer had already quit and some had even said that Mequinho was the “next Fischer”. Against the North-American he played twice: a draw, when he was only an International Master, and a loss. They were supposed to play a match, in Argentina, but negotiations failed and the encounter never happened. “I went to the hotel where Fischer was every day, but, I can’t explain why, we never finished the negotiations for the match to take place”, Mecking once said. 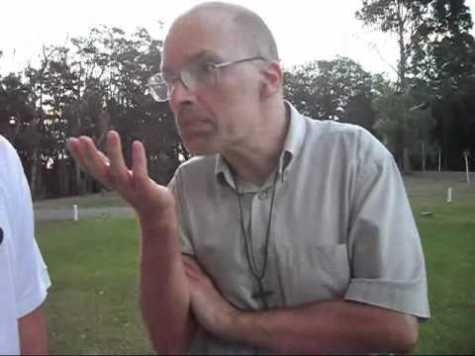 During the interview with Rádio Xadrez

The defeat for the disease

At the beginning of Rio de Janeiro’s Interzonal in 1979, in which Mecking had high hopes for the third straight victory in Interzonals, he followed medical advice and left the tournament after the 2nd round. It was then that, like Fischer, Mecking suddenly disappeared, succumbing to a mysterious disease called myasthenia gravis – which affects the nervous system and muscles.

It seemed the end, his disease was incurable and he withdrew from the chess board to fight for life. Even the doctors did not believe in his cure, but he managed do recover, attributing his healing to the faith, which led him to convert himself to the Catholic religion. Over the next 12 years, he left chess aside, majored in theology and Catholic philosophy and practiced his faith fervently.

When everyone thought his chess career was over, in a surprising move, he announced his return. He played matches against Grandmasters Predrag Nikolic and Yasser Seirawan, which he lost by a score of 3.5 to 2.5 – 5 draws and one defeat – and also against the strongest players in Brazil nowadays, GM Giovanni Vescovi (one victory, two defeats and three draws) and GM Alexander Fier (1 win, 1 loss and 2 draws), and played several other tournaments. He had a difficult and slow comeback, as might be expected of any athlete after more than 10 years of inactivity.

The return to the elite

After his return in 1991, he has represented Brazil in two Chess Olympiads (2002 and 2004), won the 2nd Festival of Lodi, Italy (2006), was Brazilian champion of blitz chess on the Internet (2008) and played the popular Corus Tournament in Holland (2009) – in this occasion, he won his match with the Indian GM Krishnan Sasikiran, who had 2711-ELO at the time. He also participated in other international competitions in Romania and Argentina (2001), where he drew one more time against his former rival Viktor Korchnoi, and with the top-GMs Nigel Short (ENG) and Judit Polgar (HUN).

Still, he hardly plays as much he could, missing the events like the Chess Olympiad and the Brazilian Championship, of which he has only two titles, won the only two times he played. The Brazilian top-winner, GM Giovanni Vescovi, for example, holds seven titles.

Mequinho used to play on the Internet Chess Club (ICC), with the nickname Lorenzo – the name of a Catholic saint, of whom he is a devotee – being the top-ranked for more than 10 times. Mecking, however, avoided commenting on this subject. 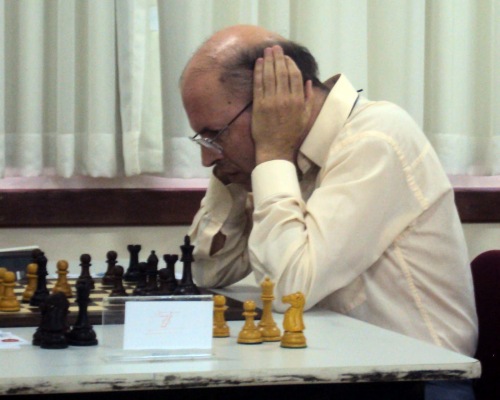 Mecking at the Memorial Antonio Rocha 2011

For one of the most experienced chess players from Brazil and six-time national champion, GM Gilberto Milos Jr, Mecking is the best player of the late Brazilian history. When he was interviewed by Rádio Xadrez, Milos said: “He plays the endings very well, I cannot say for what reason. He plays well not due to his coming from another generation, but due to a natural quality he possesses, as today [GM Levon] Aronian is the best endings player in the World, and represents the young generation”.

Today, with an obsessive belief in the case and facing the disbelief of the majority, Mecking says he will return to the top of the world, where today are Magnus Carlsen, Vladimir Kramnik, Vishy Anand and Veselin Topalov, to name a few. Mecking bets that his return to the top elite of the chess world will be “a gift from God” and divides his time between praying and chess studying, to achieve the ultimate goal. He also promotes lectures and simultaneous exhibitions, of which he is proud to be undefeated for over 30 years.

From 13 to 25 January 2011, Mequinho will have a new chance to show that his faith is right: he will take part in the very strong Memorial Antonio Rocha 2011, in Campinas, São Paulo, Brazil, which will have the participation of GMs Giovanni Vescovi and Rafael Leitão, from Brazil, in addition to the GMs Sandro Mareco (ARG), Diego Flores (ARG), Andres Rodriguez (URU), Oswaldo Zambrana (BOL) and other good players, totaling 14 participants. We shall wait and see if there really will be a miracle.

Article written by Tiago Santos and translated by Leandro Salles. Read the interview with Henrique Mecking