Saint Louis, April 27, 2010 – Grandmaster Hikaru Nakamura, the reigning U.S. Champion and the highest-rated American player, announced today he will be moving to Saint Louis following the U.S. Championship, which is scheduled for May 13-25.

The two-time U.S. Champion is relocating to Saint Louis from Seattle because of the support the Chess Club and Scholastic Center of Saint Louis has provided for American chess, particularly at the top level. The Chess Club’s creation of a burgeoning chess scene in Saint Louis also factored into Nakamura’s decision.

“It feels like what’s happening in Saint Louis, both at the top level and the scholastic, grassroots level, is something I want to be a part of, and I feel like this is the one area of the country where things are really happening,” Nakamura said.

Nakamura’s tournament schedule will not be affected as he plans to continue to compete in elite events throughout the coming year. Between travels, Nakamura will conduct periodic lectures and simuls, participate in special events and provide occasional content for the club’s website, www.saintlouischessclub.org. 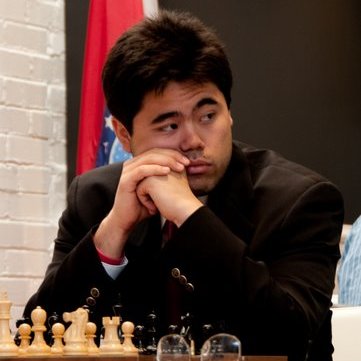 Currently, the reigning U.S Champion is preparing to defend his title at the 2010 U.S. Chess Championship, scheduled to be held at the CCSCSL May 13-25. “That’s my main focus right now,” Nakamura said.

Nakamura traveled to Saint Louis in April for the Bill Wright Saint Louis Open, an event that brought out seven GMs and a number of other titled players. The trip turned out to be fortuitous for both Nakamura and the CCSCSL as it sparked his decision to relocate.

“It feels like all of the events that are being held here are organized so professionally, and I’m really excited about being a part of it,” Nakamura said.

“We hope that the support Nakamura will receive in Saint Louis will help him reach his full potential,” Rich said. “He has achieved so much in just the past year, it is impossible to predict how far he could go. Nakamura’s appearance and success on the world stage can help promote American chess at all levels.”

Nakamura’s recent results on the world stage have proved that he ranks among the very best players in the world. At the 2010 World Team Championship in Bursa, Turkey, Nakamura earned a gold medal for his board one performance and also led the U.S. team to silver medals. Along the way, he defeated reigning 2009 World Cup Champion Boris Gelfand in a no holds-barred attacking game, a perfect example of his uncompromising chess style. Nakamura is currently rated 2735, #17 in the world. The 2010 World Team squad was sponsored by the Chess Club Scholastic Center of Saint Louis, which helped to develop Nakamura’s relationship with the club.

The 22-year-old Japanese-American is used to winning tournaments and breaking records. Born in Osaka, Japan in 1987, Nakamura was raised in New York, just outside of Manhattan. At the age of 10, he became the youngest American master in history, and when he was 15, he broke Bobby Fischer’s record as the youngest ever American GM (which was since broken by Italian-American GM Fabiano Caruana and GM Ray Robson, who became the youngest GM ever to play for America.) Nakamura is also a legendary blitz player, and author of “Bullet Chess: One Minute to Mate.”

Bookmark the official site so you don’t miss any of the action as GM Nakamura defends his title at the Chess Club and Scholastic Center of Saint Louis from May 13-25.