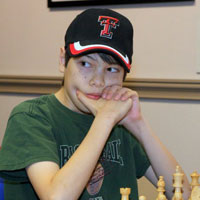 Ray Robson is the newest American grandmaster!
Robson has won the Panamerican Junior Championship with one round to go. After a 7/7 start, he took a draw in round 8 in a superior position to secure the norm and title (and a rating performance of 3116). For winning this tournament, he automatically earns a GM norm, his third, and thus GM title since his rating is already more than 2500!

With winning the final GM norm Robson becomes one of the youngest GMs in the history of chess. The news was confirmed by Gary Ronson for the daily blog of Susan Polgar. GM Polgar commented for Chessdom, “There is no requirement as to how many GMs he has to play. It is an automatic norm if he wins his section This would make him the youngest GM in U.S. history.”

After the news was announced, GM Robson received an invitation for the SPICE Cup 2010. His next competition is the World Cup, where he was among the FIDE President nominees.

Robson was awarded the FIDE Master (FM) title in June 2005 after tying for first place at the Pan American Youth Chess Championship in Brazil. He earned the USCF National Master (NM) title in January 2006 by raising his chess rating above 2200 (the minimum required for the title of National Master). Robson earned the three norms needed for the IM title in only six weeks: the first at the 6th North American FIDE Invitational on November 3, 2007, in Chicago, Illinois; the second on November 27 at the World Youth Chess Championship in Antalya, Turkey, and the third and final norm on (December 10) at the University of Texas at Dallas (UTD) GM Invitational in Dallas, Texas, making him the youngest IM-elect in the United States. 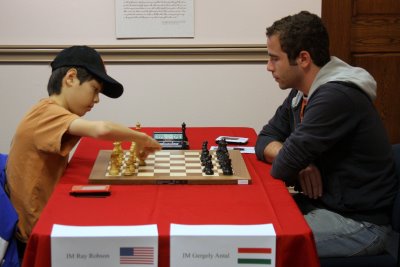 Robson tied for first place in the 2008 Florida championship. On July 16, 2009, he won the U.S. Junior Chess Championship, becoming one of the youngest such champions ever. In August of 2009, Robson tied for first at the Arctic Chess Challenge in Tromso, Norway, garnering his first GM norm in the process. Later on that same month, Robson then went on to earn his second GM norm by winning the 23rd North American FIDE Invitational in Skokie, Illinois. 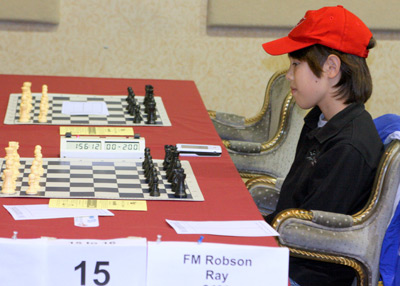 With winning the final GM norm Robson becomes one of the youngest GMs in the history of chess. Here is the records list for the whole world.