The German club champion OSG Baden-Baden announces a major new addition as Rustam Kasimdzhanov will strengthen the squad from the season 2011/12. Former World Champion will replace German national player Georg Meier, who is moving to USA to attend the University. Meier remains faithful to the club, but he is not in position to travel back and forth to play on weekends throughout the year.

Kasimdzhanov became World Champion after winning the knockout tournament in 2004 in Tripoli. He held the title for a year, until the tournament in San Luis in 2005.

Kasimdzhanov is a welcome addition to the existing squad. He is Viswanathan Anand’s trusted second and has greatly contributed to Vishy’s victories in the World Championship matches in 2008 in Bonn and in 2010 in Sofia. 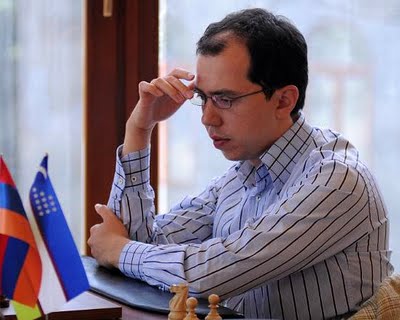 Most recently, Kasimdzhanov won the Rapid Championship of the 16th Asian Games which were held in November in Guangzhou, China.

Currently, the Uzbek national is rated 2685 and officially number 51 of the world rankings. Kasimdzhanov lives with his family for many years in Germany and speaks fluent German. The OSG Baden-Baden is looking forward to having him in the team. News by Sven Noppes.