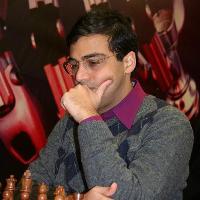 World Champion Viswanathan Anand of India is all set to take on a tough star—studded field in the 73rd edition of Tata Steel chess tournament that gets underway here.

World number one Magnus Carlsen of Norway starts as the top seed in a field that boasts of a 2740 average rating hitting category 20 according to FIDE’s ELO charts.

Formerly known as the Corus chess tournament, the tournament from this year will be named after Indian Steel giants Tatas following the takeover of Corus by them.

Anand will have his task cut out in the 14—players round robin tournament.

The World Champion will look forward to regain the number one ranking for which he needs to better Carlsen and third seed Levon Aronian of Armenia who recently became the fifth player in history to join the 2800 rating club.

Vladimir Kramnik is the other big name in the fray, besides Alexander Grischuk of Russia and former world champion Ruslan Ponomariov of Ukraine.

Young guns like Hikaru Nakamura, Maxime Vachier—Lagrave and Russian champion Ian Nepomniachtchi will also be eying some of the top stars, while the cynosure of all eyes will be young talent Anish Giri who will take on a world class field.

Brought up in Japan and Russia, Anish Giri is of Nepalese origin. Just a couple of years back his father got a job in Holland and since then there has been no looking back.

Anish got his Grandmaster title in the same tournament in 2009 and won the ‘B’ group in 2010 to qualify for the premier event this year.

Anand had a decent result and ordinarily he was a co—winner in the London Classic last month as he had the same score as Carlsen. However, with the soccer—like scoring system in place there, Anand could not match Carlsen’s score even though both had effectively scored 4.5 points each.

Carlsen, who had won four games, drawn one and lost two got 13 points while Anand, with two wins and five draws got 11 points.

Here, the Classical points system will be in place again, which means that a person winning more games does not get any real advantage. In fact, Carlsen will be under pressure as despite his ability to win many games, he is also prone to losing some.

The 13—rounds will be played under Classical time control of 40 moves in 100 minutes followed by 20 moves in 50 minutes and 15 minutes for the remaining game. There will be a 30 seconds increment from move one.

Like always, there will be other Grandmaster groups as well. In the strong ‘B’ group Grandmaster Surya Shekhar Ganguly will be the lone Indian challenge while in the ‘C’ group Tania Sachdev will make her debut in Wijk Aan Zee, a hamlet known for a long tradition of chess tournaments of highest standards.