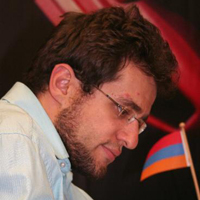 Armenia’s Levon Aronian will participate in the traditional Corus Chess Tournament in Wijk Aan Zee due January 14-30. Starting this year the competition is renamed to Tata Steel Chess. 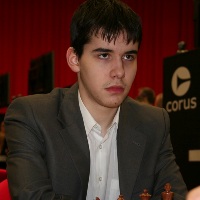 Ian Nepomniachtchi is the pride of Briansk

GM Ian Nepomniachtchi, participant in the Tata Steel A group, is the pride of the Briansk region is Russia. The region will be closely following the performance of the young GM, especially in comparison to the other two Russian participants in group A – Vladimir Kramnik and Alexander Grischuk.

Wesley So in Tata Steel again

Filipino Grandmaster (GM) Wesley So will return to 64-square board action as the much-awaited Tata Steel Chess, formerly known as “Corus International Chess”, gets underway January 14 to 31 at the De Moriaan Community Centre in Wijk aan Zee, The Netherlands.

“I hope to earn ELO rating points,” said So, world’s junior rank No. 3 with an ELO FIDE rating of 2673, about The Netherlands chess tournament.

So, ranked No. 64 chess player in the world, according to the January 1 (World Chess Federation) FIDE quarterly ratings, will compete in the much-stronger category-17 Group B where the average rating is ELO 2657.

“I know most of the players in Group B. They are all good and talented,” added So, who topped Group C two years ago with a 13-round total of 9.5 points on 7 wins, 5 draws and 1 loss.

Long-time chess patron Prospero “Butch” Pichay Jr., main backer of So, also the president and chairman of the National Chess Federation of the Philippines said he is very confident that his ward will perform well in this tough annual event.

Chess Grandmaster Anish Giri (16 years) played Sunday in Ede a simul against 33 strong players from the region. No game was lost, and only two ended in a draw. Those two draws were held by two young players from Veenendaal: Joost Offringa and Stefan Bekker.

Giri, from St. Petersburg, lives in the Netherlands, and is already among the best masters of the world. He will play in Wijk aan Zee Chess Tournament at Tata Steel, formerly Hoogovens Corus, against the world’s best chess Carlsen, Anand and Kramnik.