Reported by Quah Seng Sun for The Star Online 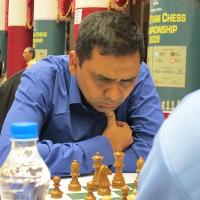 Why would we need a foreign grandmaster here in Malaysia? Well, it is to boost chess development in the country. We need someone who is experienced enough to be a catalyst to raise our game. Ziaur happened to be available and he was interested in the challenge.

Moreover, he comes with good credentials. He is an active player in the regional chess circuit so he’s not one to rest on his laurels. He led Bangladesh at the Asian team chess championship in Kolkata last December, took part in an international chess event in Delhi in January, and made an impressive second-place finish in the Chennai open chess tournament this month.

Ziaur is a trainer at the Garry Kasparov School of Chess in Bangladesh and was the coach of the Bangladesh national women’s chess team. He has trained many junior players in his homeland and neighbouring India, and counts Sayantan Das, the current under-12 world chess champion who recently secured his first international master norm, as a notable student.